نصب در حال دریافت
〈 〉
Do you want to play real city gangster game in this 2018? Ready for this Million Miles Tech Brings a most fabulous and splendid street fighting game for you Grand Real Gangster wars – San Andreas City 2018. Extreme gang wars bring again and challenging world missions back to your cell devices. It is completely a wonderful third-person shooter mobile game with great and nice graphics and good gameplay. It’s a battle between city mafias and grand mafia lord.
In this game become the leader gangster in the sin city of san andreas and complete your own mission by killing the all other gangs in this simulator game.Survive the people and take out the celebrities in this gangster war shooting field so that you become a grand gangster of this mission.Ruin all other criminals mafia crime city gangs. In this action simulator game, your main objection and mission are to stay and survive until the end of the fight as long as you survive and win the war.Kill all the other unkilled gangsters who survived.
In the city of San Andreas there is the rule of auto theft gangsters. You are mafia lords and leader of all gangsters in the city of sin. Kill all other robbers, criminals, mafias take revenge and become the leader and rule the city of criminals. In this glorious city of san andreas using many vehicles, different small and large weapons, guns, you have a chance to become a legendary hero of the city by escaping the people from dangerous criminals, mafias, and bandits of a mad city. You will get the experience to use different weapons in this gang war shooting game.
Enjoy driving of cars and chasing down the criminals into the streets of sin city of san andreas. Show some survival gangsters that you are the legend and mafia lords.You are the man who is a hero of the squad. No need show any kind of mercy who stands in your way. Be ruthless to everyone and show your fighting skill in this arena of weaponry fight. You can earn a lot of money by completing the missions of mad city gang wars. As a legend and mafia lords, you have to stop the criminals in this battle of gangsters and learn how to fight and rule the city.
Grand Real Gangster Wars – San Andreas City 2018 is a full action simulator 3d game of 2018. In which you can enjoy the revenge and cross shooting between two gangster groups of a mad city of san andreas.
It's completely free to download kindly play and give your feedback so that we improve qualities and features.
Key Features
• Unique shooting and nice racing
• Nice 3d Graphics with good controls
• Amazing third-person shooting
• Very nice use of guns to make top position
• Auto stealing and police firefighting
• Realistic physics And auto theft
Roll Bug fix 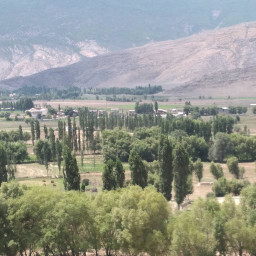