نصب در حال دریافت
〈 〉
ActionCrab Games brings One Man Gangster: San Andreas, A open world game filled with lot of actions. This game is a open world game play in fictitious city San Andreas.
Want to build a Criminal Empire and crush your rivals? Get ready to show everyone who’s boss by fighting in open world real action game. Rule the streets in this action-packed game.
Intro: In this game you are a One Man Gangster - hero, who is not afraid of anything. Savage, aggressive criminals are everywhere. There is a criminal chaos in the city.
It's time to show everyone who’s boss by shooting rivals and ruling the streets. You are not a policeman. You are a gangster, who don't need glory - you have a greed for revenge. You have a big gun and must kill as much as possible bandits with guns, knifes and other weapons.
You as a player are given a full sized San Andreas city where you can go nuts, but don’t go on a rampage because then the cops will be upon you. The action in this crime simulator 3D game revolves around shooting and killing your enemies.
Make a strategy for the escape plan in the downtown mafia as the police can approach you anytime. This is the time to make a swift escape in the ultimate gangster war. Start the escape plan before police arrest you in the grand city. You will experience different city of sin like the San Andreas where you will find the gangster crime hostages and meet the gang lord. Enjoy the extreme criminal thug life. Meet the secret agent in the city of crime to upgrade your lethal weapons and get ready for the mafia game.
This game has lots of features like ZTEA world. Play Now to explore new world.
Epic storyline with thrilling missions.
3 gangster characters to involve in thug life
Accurate map directions to complete downtown mafia mission
Gain points through some mafia crime and unlock more weapon arsenal
Highly customized on screen controls
Enhanced HD graphics, lighting and explosion effects 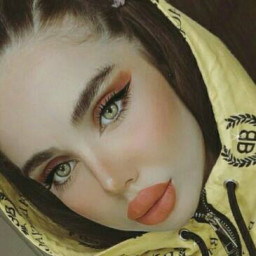