نصب در حال دریافت
〈 〉
You can use Pranksta to create direct fake conversations, fake post or fake fans, then capture a screenshot and share it with your families or friends. You can also use it to prank your girlfriend or boyfriend.
It's not a real chat app, but a fake chat & fake post & fake fans creator for making fun of others.
You can easily capture the screenshot and use the share feature to share it with your friends.
That sounds really fun. The app is totally free. Just download it.
Features:
Fake Chat
You can create fake single or group chat, edit the contact avatar, name and status. In the chat conversation, you can edit the message which includes the message is send or received, message content and message time. In the conversation you also edit the contact information, you can send audio or pic messages.
Fake Post
Create a fake post which you can edit profile, post content, like numbers, comment numbers and you also can edit post comment you want. What's more you can add the Reviewers for the current post.
Fake Comment
When the post you added some days ago, you want to edit it. So you can go into the comment edit page from the post list page. You also can take a comment fake screenshot to share with your friends.
Fake Fans
You can set the number of followers and Followings, take a screenshot to prank your friends.
Fake History
You can check all the fake screenshot you have capture. You can delete, edit or share it.
DISCLAIMER:
This app is intended for entertainment purposes only and is not affiliated with any other messaging app in any way.
Fix the problem of not displaying pictures when loading
Fake chat for prank your friends, just for fun.
Fake Post
Fake Fans
Fake Comments 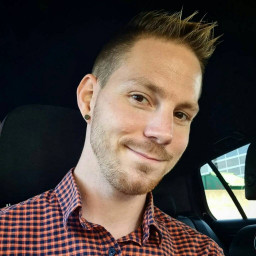