نصب در حال دریافت
〈 〉
Blade of God is an indie hardcore 3D action mobile game.
Honors of BOG:
In 2017, nominated for the Best Indie Game by 4GAMER.NET at TGS 2017.
In 2019, we obtained the development qualification on Nintendo Switch at TGS 2019.
BOG’s battle system includes QTE(Quick Time Event), perfect dodge, throwing, mounting monsters, transformation, spirit summoning, and combos combined by light and heavy attack.
The game concept is based on Norse Mythology.
You will play as Chaos, a hero who has special blood. In order to save your family, you have to make tough choices between sin and redemption, between survival and destruction.
————Feature————
【Hardcore combat】
--Combo, counter, riding, metamorphosis, perfect dodge, QTE, etc.
--Over 50 scenes with different styles and almost 50 gigantic beasts and fallen gods. Players can capture the fallen souls and summon their power in battle.
【Magnificent mythology】
--Nine kingdoms in the game world: the story happens among Odin, Thor, Loki, and four Fallen Gods.
--Multiple Endings up to you: The different choices in the plot will affect the trust of Heim and Esther, it will determine the final ending.
【Dark Art style】
-We use the dark art style to depict fictional myths, combining the imagination and inspiration of many artists.
-At the same time, we are committed to the action design of each character to produce exciting battles for the players.
————Tips————
【Device Requirements】Minimum of 2GB RAM.
【Pay to Unlock All Chapters】We provide some chapters for free to play. You can make a one-time payment to unlock the rest chapters, and get the 'Judgment of Dawn ' Costume and 10 potions.
【Useful links】
Twitter:
https://twitter.com/BladeofGod1
Facebook:
https://www.facebook.com/Blade-of-God-110052043854523/
Discord:
https://discord.gg/Bpa2HNm
Website:
http://globalbog.pgsoul.cn/landingen/index.php
【Monster Creator-Free DLC release】
Different classes & mutual restraints. Each monster also has its own ability.
【Final Chapter:“ Lord of Helheim” has opened】
The gate of Helheim opens, and the final battle starts!
Different endings according to your choice between Esther and Heim.
【New Game Plus mode is open】
After you pass the final Chapter on Normal or Hard Difficulty, you can go to the capital and find Gevjon, and enter to the New Game Plus (NG+). 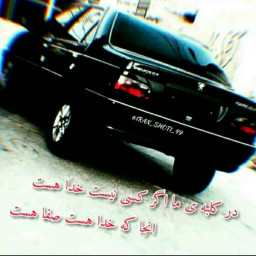