نصب در حال دریافت
〈 〉
Use Rocket car for victory in this awesome FREE game where cars battle for soccer goals!
This action-packed competition brings the world’s best drivers into an incredible soccer champions stunt car rocket ball fun mobile game. Rocket boost, skid, and jump your ride across the field while you and your team kick and hit balls first into goals with your rocket car. Be careful though if your opponents come upon you, you’ll need to use your boosters to make last-second saves in the rocket ball game. Win the Rocket Car soccer championship with a stunt soccer league and become a star of the car football game.
This futuristic racing league game equips players with demolition derby-like boosted vehicles that can be smashed into the soccer ball for amazing rocket stunt car goals in this rocket soccer ball game. Car battles and soccer go together like impossible in the Rocket Car Ball Soccer league! This game lets you play football with rocket cars fight in a rocket car ball game!
Strap supercar super football league in and rocket through the apocalypse desert arena, battle with off-road vehicles & racing cars, jump and boost through your opponents, and hit the ball into the opponent’s goal! You are playing a worldwide rocket car championship. You have a variety of cars with a different rocket car to be chosen. Hit the opponent's cars with a rocket. Fly hit them in the air and try kickball with your tires to score a goal in the football car game 2020.
Use your best techniques to win this rocket ball championship tournament from other soccer rocket car rivals. Start to smash and destroy the rival’s cars and rocket ball car as fast as you can. You need to do some perfect rocket ball goals and try to win the rocket car ball game the rocket ball car championship cup. You must pick up a rocket soccer ball champion in this soccer league football field in the racing arena.
Do more and more rival’s car destruction and smashing to earn points. Be an ultimate flick soccer car rocket ball champion and become the smash car hero of this football tournament. Be careful, there must be no other rocket ball car to win. Smash all other football soccer cars and be winners. Prove that you have what it takes to win in this sports game with the rocket cars game!
In this highly advanced football game battle for goal is the only formula to win. This action-packed game brings the world's best players into the football field. Get in your favorite car and go out on the soccer field like a spin rocket to hit the ball in a rocket car game.
Rocket Ball Sports with a Rocket car league soccer game.
This game is a must-play for everyone who likes to play unique rocket football games, challenging soccer games, or even car driving or car battle.
Rocket Car league Football game Features:
- High detail cars with realistic handling
- Stunt Rocket cars with exciting missions
- Amazingly fantastic stadiums with Rocket League
- Simple and user-friendly user interface with good controls
- Practice mode available to strengthen the player’s ability 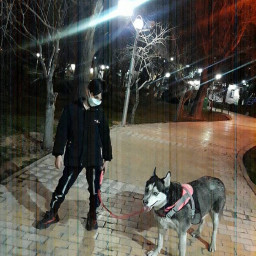